FIFA World Cup 2022 kicked off with glittering opening ceremony  at the Al Bayt stadium in Doha. The event kicked off with a cultural show and then all the World Cup tracks were played. The venue also featured some stunning light work and music. Morgan Freeman and Jung Kook had a major performance in the ceremony. Earlier, France legend Marcel Desailly presented the World Cup trophy in front of the fans.

With this world cup having lots of controversy before its start, Morgan Freeman’s performance has also been criticized.

Morgan Freeman appearance after 4 years following accusations of sexual harassment and inappropriate behavior was a shock for football fans.

The actor’s appearance at the ceremony has sparked fury among football fans on social media.

But the best part was Jung Cooks performance that stole the show. he perfromed the song Dreamers from the official soundtarck of FIFA World Cup 2022 at the opning ceremony.

Another controversy arise when BBC was 20 minutes late to broadcast the show, because BBC One opted not to interrupt coverage of the Women’s Super League match between Chelsea and Tottenham Hotspur. Footy fans were once again frustrated and went on twitter to voice their anger. 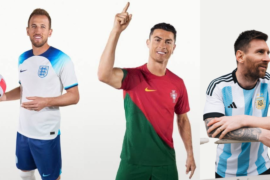