Barcelona’s skipper needed just two minutes against Real Betis as he helped his side come from behind to claim a 3-2 win on Sunday having been rested by manager Ronald Koeman.

With Barca trailing, Messi, who looks set to leave the club when his contract expires this summer, was introduced in the 57th minute and equalised by cutting in from the right and firing a shot past Joel Robles.

He then provided a defence-splitting pass for Jordi Alba, which led to an own goal from Real Betis defender Victor Ruiz.

While Messi has not found himself on the bench too often during his illustrious career where he has shattered multiple records, he has netted an incredible 48 goals in 98 appearances when coming on as a substitute.

He has also provided seven assists and averages a goal every 57.8 minutes and scored two goals on 10 different occasions.

It is a far better record than his football rival Cristiano Ronaldo, who has scored 20 goals in 95 substitute appearances.

Messi vs Ronaldo as substitutes 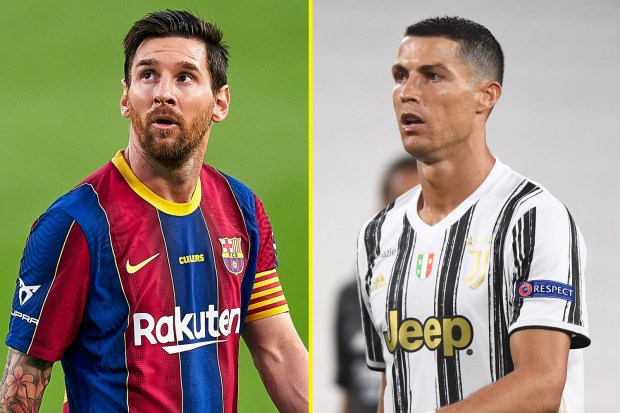 They reign supreme on the pitch when starting, but what about when they begin on the bench?

While registering one more assist than Messi, the Juventus star manages to find the net every 127 minutes when being introduced from the bench.

This was the second LaLiga match where Messi has come off the bench to score under Koeman.

In the reverse fixture against Real Betis last November, Messi was called upon at half-time and went on to score twice in a 5-2 victory.

Meanwhile, Ronaldo, 36, has been named on the bench just once for Juventus in Serie A this season… and he ended up netting a brace in a 4-1 victory at Spezia.

But Koeman may not be able to keep that bit of magic in his pocket beyond the current season.

Messi stayed put last summer despite wanting out and the manager is not hopeful of keeping him, though he remained hopeful.

Paris Saint-Germain are one side interested in him and midfielder Marco Verratti would like nothing more than to be able to call him and Neymar teammates.

“To have him in the squad would be something magnificent, one more thing that football would give to me,” he said.

“I would give the ball to Neymar and Messi and stay behind to just enjoy watching them a bit.”