WHAT IS FIFA AND HOW MANY TEAMS HAVE THE MEMBERSHIP IN FIFA?

FIFA stands for FEDERATION OF FOOTBALL ASSOCIATION and it is the biggest and most responsible association for the promotion of the world cup football tournament. After every four years, the FIFA world cup is held in different countries. No doubt that FIFA has a huge  fan following and in this tournament, every team tries to qualify for this huge opportunity and try to make their country proud. There are 211 teams that are members of the Federation Of Football Association (FIFA) and every year only 32 teams make themselves qualified for this tournament.

LIST OF EIGHT STADIUMS THAT WILL BE HOSTED  THE QATAR WORLD CUP 2022. 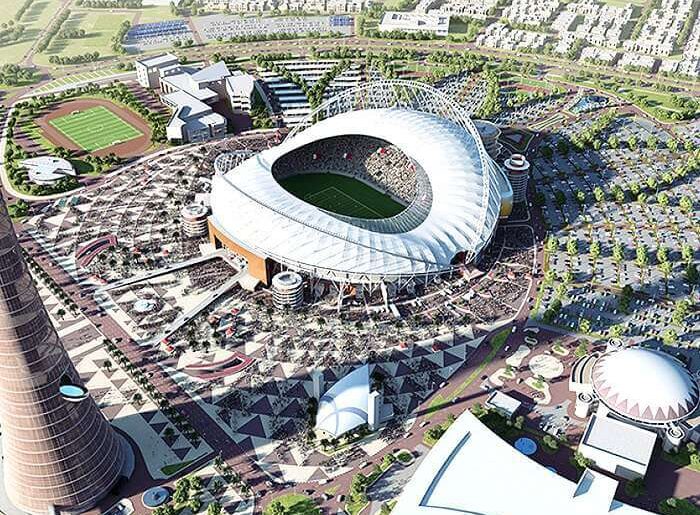 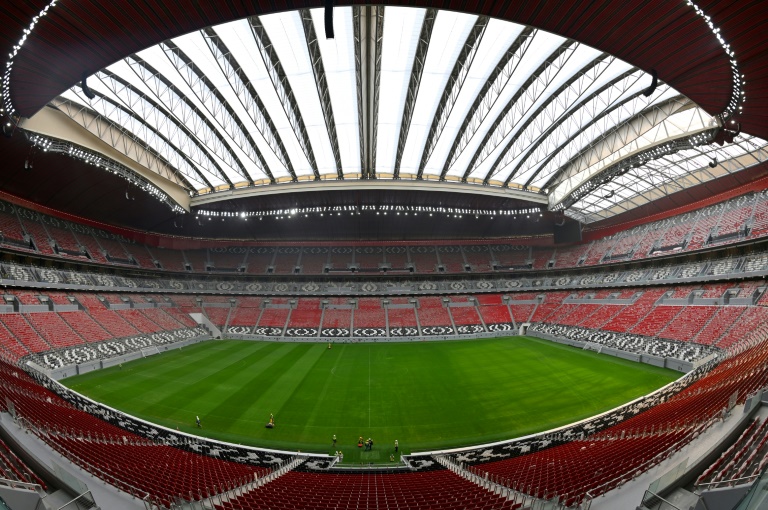 The AL-BAYT STADIUM is located in AL KHOR city it is a huge stadium with a capacity of 60,000 people. The AL-BAYT Stadium has a traffic design that is very similar to Bedouin people’s tent design and it reflects the Nomadic tribe’s culture living in the Arab world for centuries. THE AL-BAYT striking arena will be the semi-final host of the QATAR World cup 2022. This fantastic stadium is 60KM away from the DOHA city. 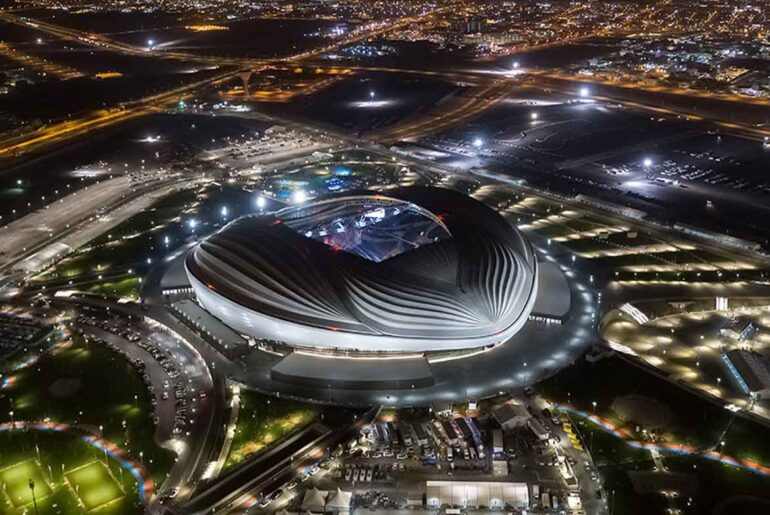 AL-JANOUB stadium is situated in the Al-WAKRAH city. This huge stadium is just 20KM away from DOHA city. The AL-JANOUB stadium is an epically designed Striking arena with a capacity of 40,000 people. This is the second renovated stadium for FIFA world cup 2022 after the Khalifa International Stadium. It was designed by a famous architect DAME ZAHA MOHAMMAD HADID. She was born in IRAQ,S city BAGDAD. She was a mathematician and after that, she invest herself in the architect association. The AL-JANOUB STADIUM signifies the Postmodernist and Neo-futurist designs. This epic stadium was designed by DAME ZAHA HADID with the gather cooperation of AECOM. This huge and strange stadium design was inspired by the Pearl fishing boats that reflect the traditional material of Arabs. That’s why the AL-JANOUB Stadium has a curved signature style. 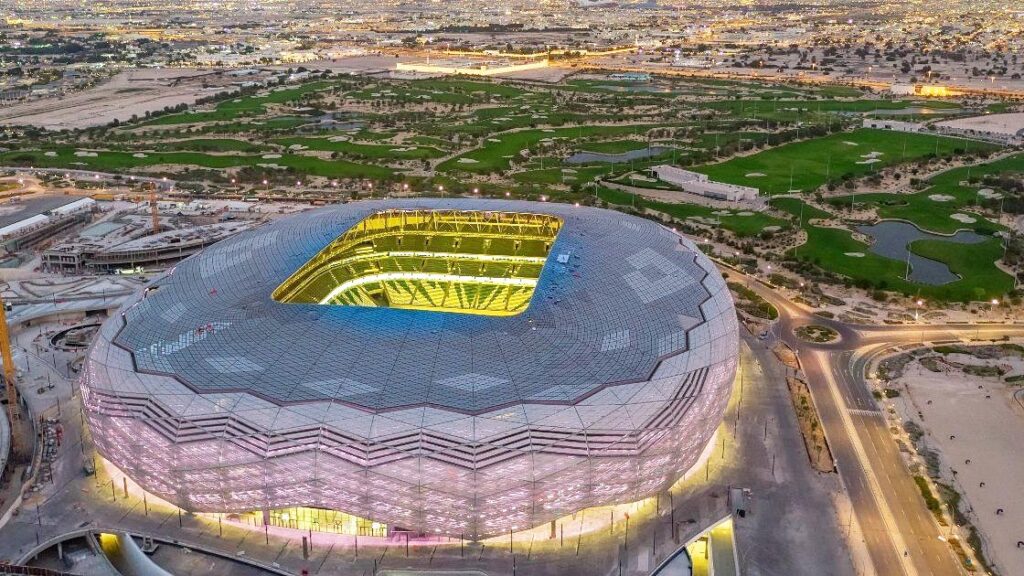 The education city stadium is situated in DOHA city and is fantastically designed this striking arena. The Education stadium is a 40,000-seater massive striking arena. Its design signifies the jagged diamonds that produce shine in the daytime and glow at night as well. The Education city stadium will be the host after the quarter-final matches of the QATAR world cup 2022. This fabulous striking battle arena is 7KM away from DOHA city so fans can arrive at the stadium by road and they can come to the stadium by facing less difficulty as compared to other stadium’s distance from DOHA city. 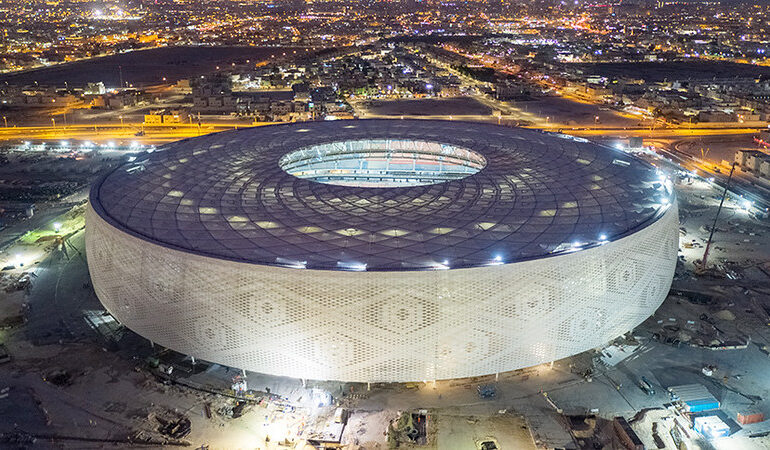 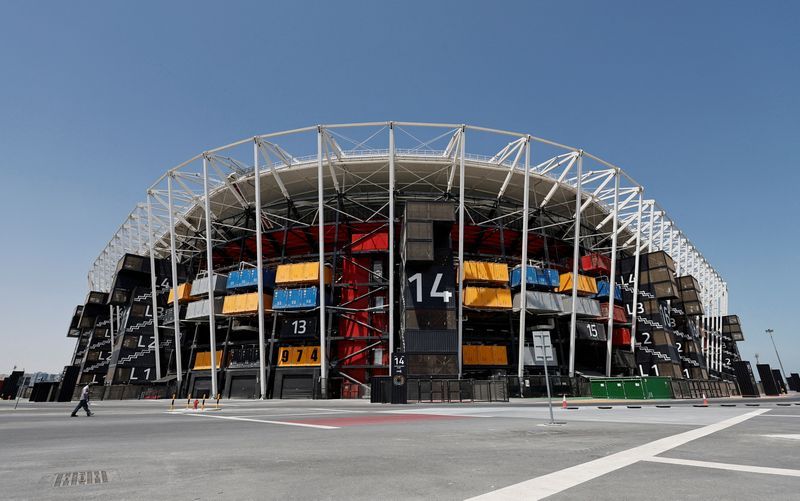 The RAS ABU ABOUD STADIUM is located a few miles away from DOHA city. The RAS ABU ABOUD STADIUM is a 40,000-seater striking battle arena with a waterside beautiful location. This beautiful stadium has designed by the Fenwick Iribarren Architects. This massive stadium was designed by the master at work the Fenwick Iribarren Architects. It is specially prepared by the QATAR government for QATAR world cup 2022. This stadium was inaugurated on 30 November 2021. It is a temporary stadium prepared by QATAR for this world cup 2020 because it is made up of shipping containers but after the QATAR world cup 2022, it will be dismantled and the shipping container material will be used on the different projects.

The LUSIAL ICONIC STADIUM is the biggest stadium of the QATAR. This stadium is immensely big with huge a capacity of 80,000 people. It is situated in LUSAIL city which is on the northern side of DOHA. The LUSAIL ICONIC STADIUM will be the host of the start of the tournament and final of the QATAR world cup 2022. It was designed by the British architects FOST + PARTNER and POPULUS. The LUSAIL CITY is the only city in the world that is specially constructed because of the tournament. This stadium was set to be the host of the QATAR World Cup 2022 by the QATAR Football Association. The stadium’s construction began on 11 APRIL 2017 and construction was planned to be ended in 2020 but because of some particular reason, the end of construction gone postponed. Now, this stunning striking arena will be the host of a total of 10 matches of the QATAR 2022 world cup. 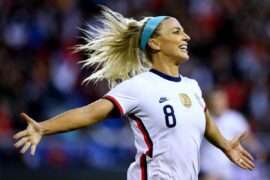