Declan Rice proved he was right to take the ball off Jesse Lingard as the 22-year-old’s penalty set West Ham on their way to a 3-0 win at home to Sheffield United.

The deadlock was broken on 41 minutes when Rice slotted past Aaron Ramsdale, however, there was lengthy discussion between him and Lingard as to who would take the spot-kick.

Lingard picked the ball up first after being fouled in the box by Chris Basham, who swiped him down having been dispossessed on the halfway line by Manuel Lanzini.

Rice came over to remind Lingard who the designated taker was, with Rice stepping up for an earlier spot-kick that ended up being overturned following a VAR check.

The Manchester United loanee looked visibly disappointed as he handed it over to Rice but was the first to congratulate his Hammers teammate when it was stuck away.

This was Rice’s first goal of the season but it looked like he would get a chance to break his duck earlier when Craig Dawson was brought down by Enda Stevens. However, VAR came to the Blades’ rescue as replays showed Dawson was offside as the free-kick played eventually ended up at his feet.

West Ham finally have their penalty 👀

Jesse Lingard wasn’t overly-happy to let Declan Rice do the honours, but was the first to congratulate the West Ham star after he puts it away 🙌

But Rice made no mistake when West Ham did get their penalty. Issa Diop’s header and a stoppage-time effort from Ryan Fredericks sealed the comfortable win for David Moyes’ side.

Although the Hammers didn’t get out of third gear throughout, Sheffield United offered a decent threat going forward.

They nearly took the lead when a corner from the left struck Dawson and bounced just wide, while David McGoldrick had two headers saved by Lukasz Fabianski, the most noteworthy saw the Pole tip the ball over the bar after McGoldrick’s effort took a deflection off Ben Johnson.

Fabianski was also equal to an header by Oli McBurnie, while Vladimir Coufal should have got on the scoresheet but the Czech could only fire straight at Ramsdale.

Moyes’ men have overtaken champions Liverpool and are currently fourth, although that may only be for a couple of hours as a win for Chelsea over Newcastle later on Monday would see the Blues take the final Champions League spot. 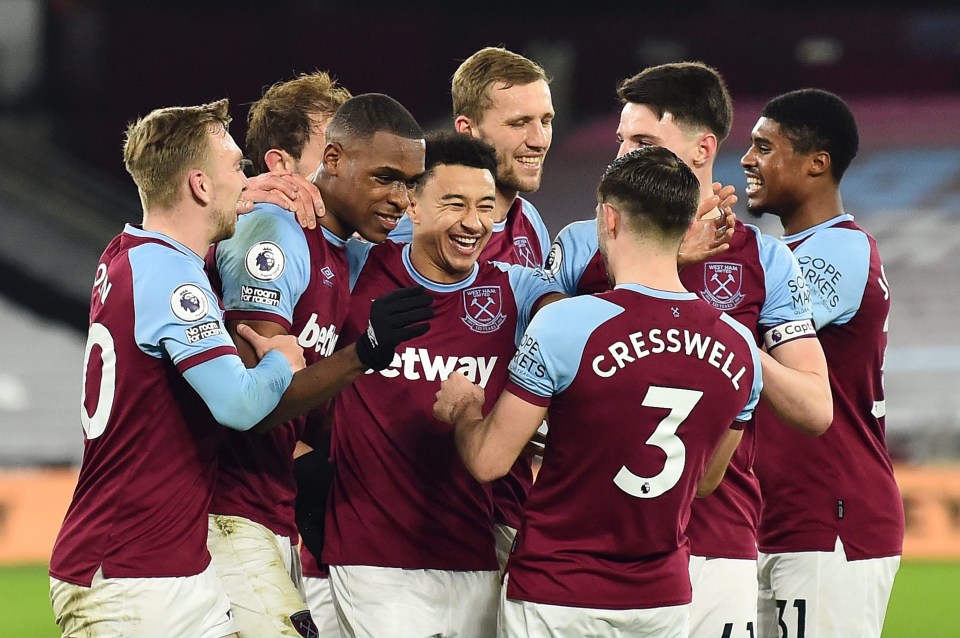 Can this West Ham side upset the Premier League Big Six?